Calling the Races for 28 Years

Earns Him Status in Class of 2019 Media Category

Vancouver, B.C. (Nov. 14/18) – The man who has called more than 20,000 thoroughbred races at Hastings Racecourse was among those in the winner’s circle when the BC Sports Hall of Fame announced its Class of 2019 inductees Wednesday in downtown Vancouver.

Dan Jukich, ‘Voice of the Races’ at Hastings for the past 28 years, was named to the Media Category along with five athletes, three builder-coaches, one team, one pioneer and the W.A.C. Bennett Award winner.  The inductees will be officially recognized as Honoured Members of the B.C. Sports Hall of Fame at the Banquet of Champions on May 23, 2019 at the Vancouver Convention Centre. 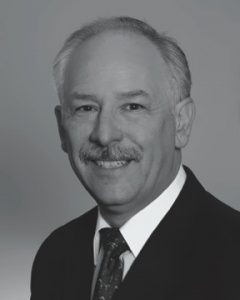 There have only been three Honoured Members from thoroughbred horse racing elected to the Hall of Fame since its inception in 1966: jockeys Hedley

When Dan was just a toddler his late father Roy Jukich, Sr. worked on the horse racing and soccer beats for the Vancouver Sun in the 1960’s. “Dad used to take me to the track and one day he introduced me to the legendary Mr. Short in the broadcast booth,” Jukich says.  “Mr. Short asked me what I wanted to be when I grew up and I told him I wanted his job.”

Dan was inducted into the British Columbia Horse Racing Hall of Fame in 2015 and was named winner of the Doug Gillespie Award in 2008 at Fraser Downs Race Track for his contributions to the standardbred racing industry in recognition for calling harness racing at Cloverdale Raceway dating back to 1978.

Besides his broadcasting duties, Jukich is Director of Simulcast for B.C. Racing, negotiating and overseeing television network feeds for both thoroughbred and standardbred tracks throughout North America, Australia and Hong Kong. He has also made numerous guest appearances calling races at Northlands Park in Edmonton, Emerald Downs in Washington and Albuquerque Downs in New Mexico.

As the “face” of racing in Vancouver, Dan is a regular volunteer at community and charity events as master of ceremonies for corporate fund-raising events.

A respected member of the community, Dan has coached amateur baseball and soccer teams on Vancouver’s east side where he and wife Stephanie have maintained a residence for the past 35 years, while raising son Matt and daughter Courtney.  Following in his father’s footsteps, Matt left Northlands Park in Edmonton when it closed this past summer to take on managerial duties with the new Century Mile Racetrack in Leduc, Alberta.

“I have the best job in the world and I’m happy to do just about anything to help bring people together to enjoy our product,” Dan says.  “Being named to the B.C. Sports Hall of Fame is a thrill I will cherish with my family forever.”

The Class of 2019 inductees also includes: