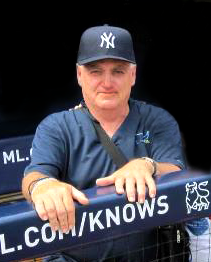 Take a closer look at the picture of Paul Moretti as you read this story. He was standing on the dugout steps at Yankee Stadium, proud as proud can be. It was during that visit when Paul and his niece Lori Harris were part of a walking tour throughout the historical, shrine-like major league ballpark.
“Wouldn’t you know it,” Lori laughs now, “every time the poor tour guide made a statement or recited a statistic that wasn’t entirely correct, Uncle Paul would set him straight. He knew more about the Yankees’ history than the guide did.”
Moretti, who lost a battle to cancer at age 72 this past January, worked at Hastings Racecourse for 23 years as a popular horsemen’s gate attendant. He hit it off with track owner Jack Diamond on their first meeting, initially being assigned to the old Miller Street entrance behind the PNE Agrodome before settling in at his tiny shack in what is commonly referred to now as the Back Gate in the Horsemen’s Lot.
Born in Victoria, Paul equally shared his love for the Yankees with the old Western Hockey League Vancouver Canucks and his all-time favorite player Phil Maloney. He could rattle off Maloney’s scoring stats more accurately than Maloney himself.
Thanks to the efforts of long-time friend and co-worker Greg Goulding and Manager of Racing Operations Joe Gray, there has been a race set aside this past weekend in the name of Paul Moretti. When family and friends gathered in the winner’s circle, there was a commemorative blanket presented in his name that included, not surprisingly, a huge New York Yankees logo. 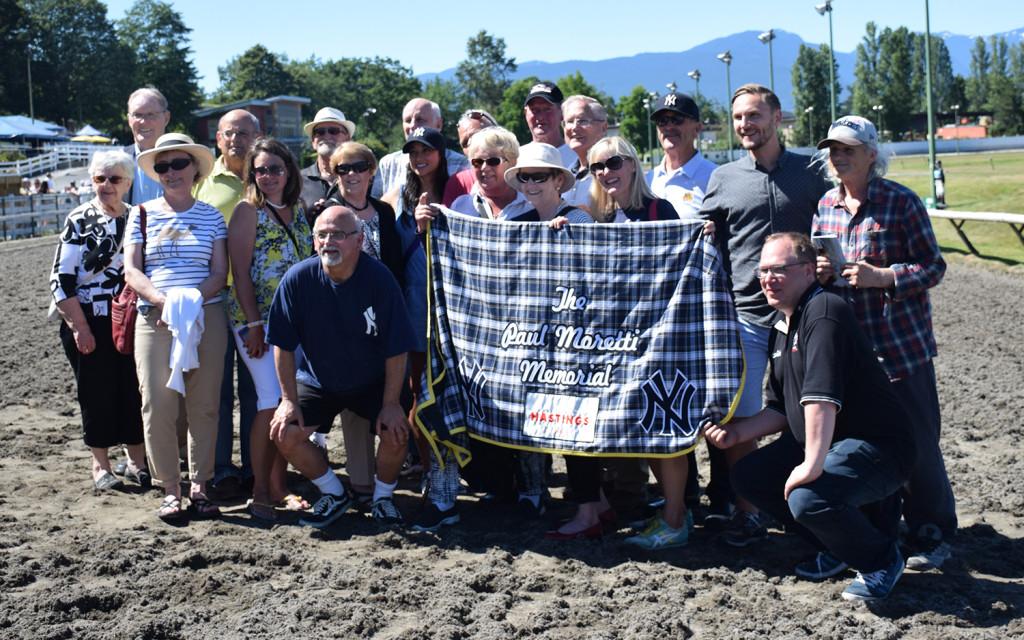 Hastings Racecourse General Manager Darren MacDonald put it best when he said: “Paul Moretti is the ideal example of what our racing community and horse racing industry represents. He was an honest worker who took pride in his job, and everyone loved him for it. His horse racing family at Hastings will fondly remember Paul.”