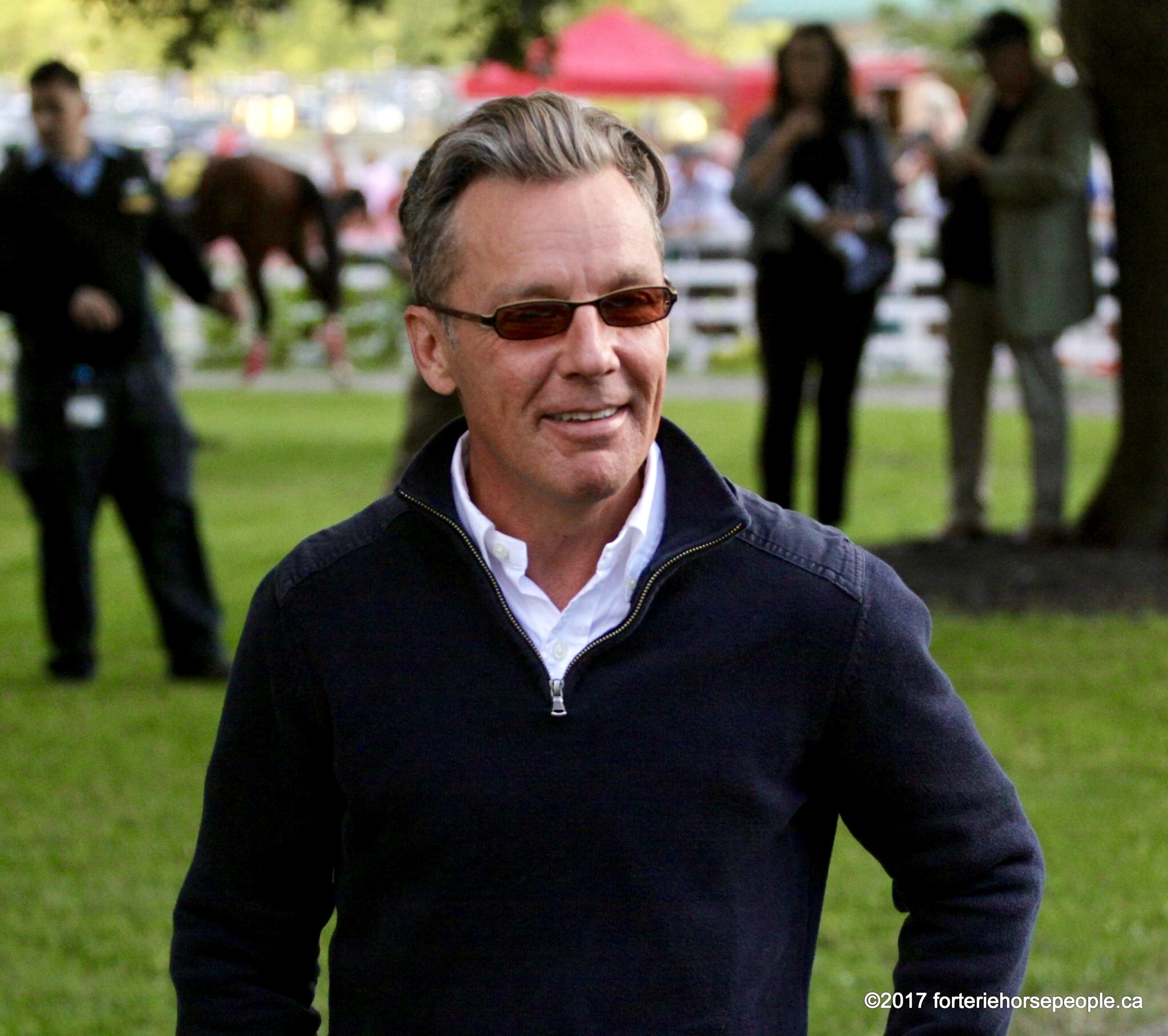 Vancouver, B.C. (May 18/18) – Robbie King, Jr., Executive Director of the Jockey’s Benefit Association of Canada, was in the house at Hastings Racecourse on Mother’s Day and liked what he saw.

“The riding talent is deep with a strong top 10,” he said in the aftermath of last Sunday’s card.  “It’s very competitive and that’s always encouraging.”

King, Jr. was particularly impressed with the performance of Denis Araujo as he urged home four winners on a seven-race card that bolted him into the early lead among jockeys this year with nine victories.  His successful trips included Brother Rod ($5.30), My Greyson ($3.10), Hold the Giants ($7.50) and Mustachio ($8.90).

The role of the Jockey’s Benefit Association (JBAC) is to represent active riders across the country – approximately 150 in number – in such areas as disability insurance, career ending insurance, life insurance, safety issues, counseling for personal or physical issues and dealing with the Provincial Racing Commissions over riding infractions at hearings.

A former jockey whose career included stops at Hastings where he won the 1995 BC Derby with Flying Sauce, King, Jr. has been the voice of jockeys in Canada since taking over the Association’s Executive Director chair in 2012.

“I’ve been in the game since I started riding professionally at 18,” he says. “I deal one-on-one with tracks and jockeys across the country and it seems there are issues to deal with seven days a week.”

A two-time Sovereign Award winner (1983-84) as Canada’s top apprentice rider and recipient of the Avelino Gomez Memorial Award in 2009 for his contributions to the sport, King, Jr. is abundantly qualified in his current role.

The racing facilities he monitors on behalf of jockeys include Hastings, Northlands (Edmonton), Marquis (Saskatchewan), Assiniboia (Winnipeg), Fort Erie and Woodbine in Ontario and soon to be Century Downs (Calgary).

“Quite frankly,” he says, “I’d like to see more riders under contract to owners to give them a little security and stability.  The life of a jockey is tough.  I know … I’ve been there.”

FINISH LINES:  Prior to Araujo’s grand slam on Sunday he carded two wins on Saturday, meaning he heads into the Saturday/Holiday Monday weekend cards one win up on Enrique Gonzalez, Aaron Gryder and Amadeo Perez … The 143rd running of the Preakness Stakes from Pimlico in Baltimore Saturday will be shown on the jumbo screen at Hastings shortly after 3:45 p.m. local time … Monday’s Victoria Day seven-race card includes the $50,000 stakes:  the Vancouver Sun and George Royal.  Incredibly, Modern has won the George Royal for 3-year-olds & up the last three years in succession for owners Swift Thoroughbreds Inc. and trainer Dino Condilenios.  It gets even more incredible:  the same connections won the George Royal with Shrug in 2013, Almost Time in 2012 and Teide in 2010 … Start times Saturday and Monday are 1:50 p.m.