Bob Hall, who passed away following a lengthy illness on July 22, 2015, was best known for being the owner and trainer of the greatest British Columbia-bred ever, George Royal.

As a 3-year-old in 1964, George Royal won nine consecutive stakes races at Hastings Racecourse. He was inducted into the Canadian Horse Racing Hall of Fame in 1976.

“Dad had a big influence on me growing up on the family farm in Langley,” Phil says. “I always looked up to him but strangely enough, as a youngster, I wasn’t really interested in following in his footsteps.”

That changed when trainer Jim Loseth introduced Phil to galloping horses when he was 16. At 20 he attained his own trainer’s license and today, 27 years later, Phil owns Lord Vancouver by himself, has partnerships in two other horses and trains 14 in total. 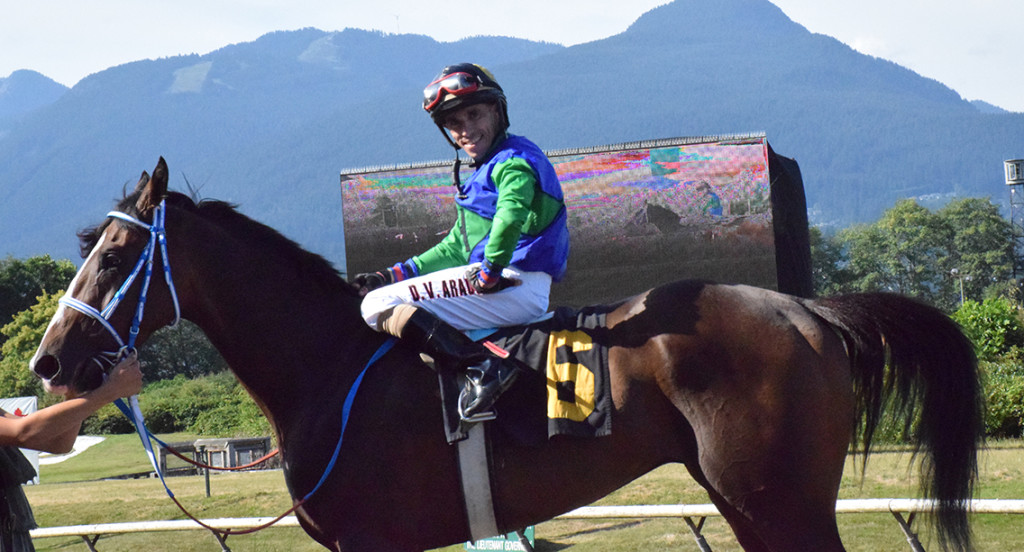 Lord Vancouver & jockey Denis Araujo at the winner’s circle on BC Cup day.

The original Lord Vancouver was a son of George Royal, and when the name was available three years ago, Phil registered it in honor of his Dad.
On BC Cup Day this past Monday, Aug. 1, Hall found himself in the spotlight with back-to-back stakes victories: the $50,000 Stellar’s Jay won by favored Lord Vancouver and the $75,000 Pacific Brokers Classic with 26-1 long shot Calgary Caper. 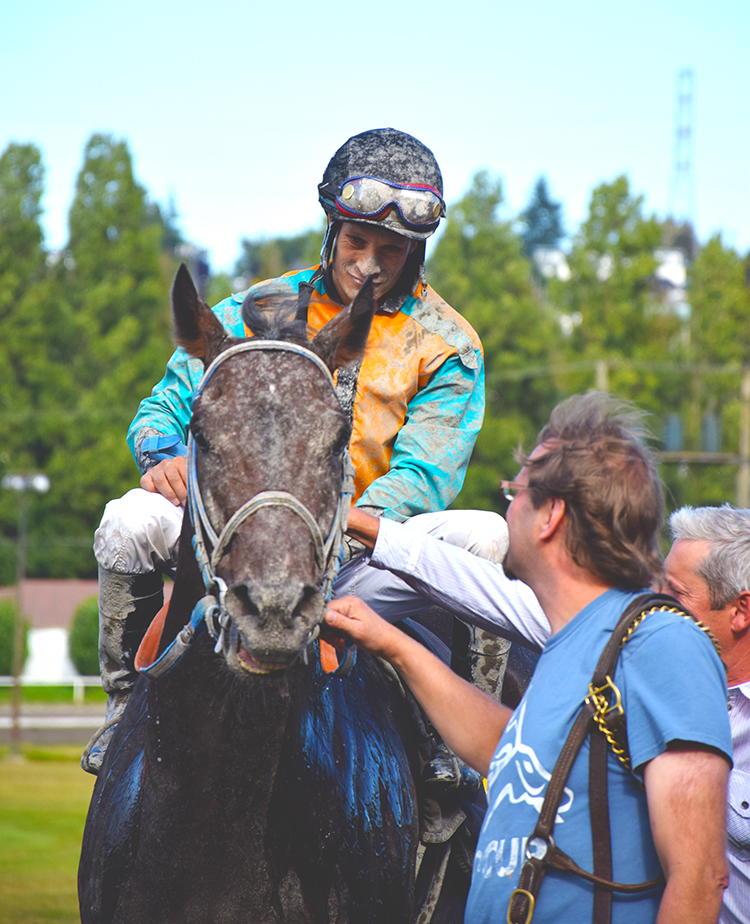 “Dad never got to see our modern day Lord Vancouver run,” Phil says. Could he have been there in spirit?

“Some interesting things always seem to happen,” Phil points out. “I’ve won on Dad’s birthday, Father’s Day and then this past July 22 when I won three races, my brother called to remind me it was exactly one year to the day that Dad died.”

A crowd estimated at 10,000, Inspired by the return of hometown hero Mario Gutierrez who had two mounts on the holiday BC Cup Day,  wagered in excess of $1.3 million all sources, $341.239 of which was the onsite handle.

Although Gutierrez failed to hit the winner’s circle, he was loudly cheered earlier in the day when a special plaque was unveiled in the paddock area acknowledging his 2016 Kentucky Derby victory on Nyquist. It joins an original plaque accompanying a jockey statue in Mario’s honour saluting his Kentucky Derby, and Preakness wins in 2012 aboard I’ll Have Another.

“It was a great day all around,” said Hastings Racecourse General Manager Darren MacDonald. “BC Cup Day belongs to the breeders and owners in British Columbia. It is a celebration in the truest sense of the word.”